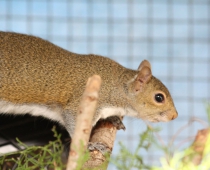 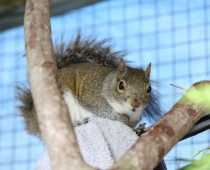 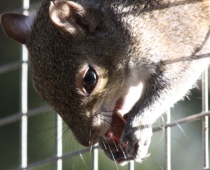 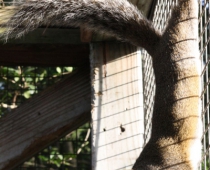 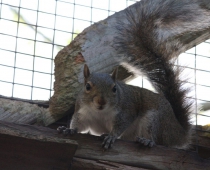 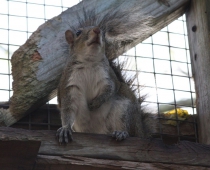 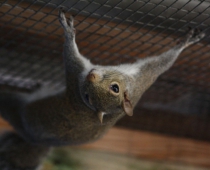 Daisy arrived on March 8, 2009. She was approximately 8 weeks old when she was brought in by Orange County Animal Services. Upon examination, Daisy had a visible head tilt and was circling her holding cage. This suggested neurological damage and was thought to be from possible toxin ingestion. After a month of treatment, Daisy stabilized but did not make a full recovery. Due to permanent neurological damage she was not a candidate for release.

Facts about The Eastern Gray Squirrel

As the name suggests, the eastern gray squirrel has predominantly gray fur, but it can have a brownish color. It has an usual white underside with a large bushy tail as compared to the typical brownish-orange underside of the fox squirrel. Particularly in urban situations where the risk of predation is reduced, both white and black-colored individuals are quite often found.