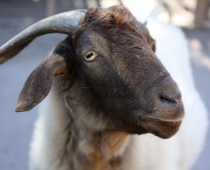 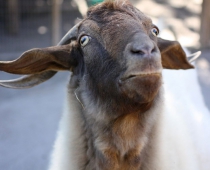 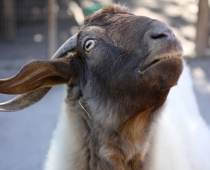 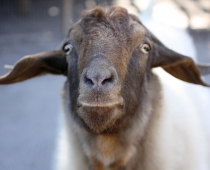 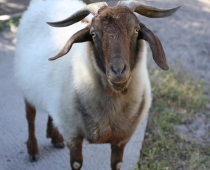 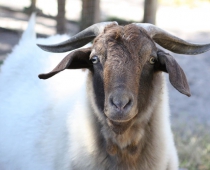 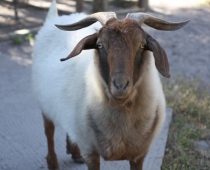 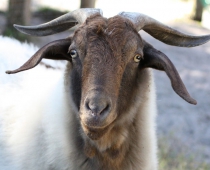 Jennifer arrived to Back to Nature in March 2006 at approximately 6-8 months old. She had been found injured after being attacked by a loose dog, while wandering the streets of Bithlo, Florida. She was brought to BTN with an infected wound on the inside of her right rear leg. It was decided to try intensive rehabilitation instead of amputating the leg or euthanizing her. After several months of intensive rehabilitation, physical therapy and medication, Jennifer made a complete recovery. After efforts to find her original home were unsuccessful, she was granted free room and board at BTN for the rest of her life.

*One of Jennifer’s favorite environmental enrichment toys is the tire inside her enclosure which she can stand on top of!

Facts about The Goat

The domestic goat (Capra aegagrus hircus) is a subspecies of goat domesticated from the wild goat of southwest Asia and Eastern Europe. The goat is a member of the Bovidae family and is closely related to the sheep: both are in the goat-antelope subfamily Caprinae. There are over three hundred distinct breeds of goat.

Goats are one of the oldest domesticated species. Goats have been used for their milk, meat and hair over much of the world. In the twentieth century they also gained in popularity as pets. Female goats are referred to as does or nannies, intact males as bucks or billies; their offspring are kids.