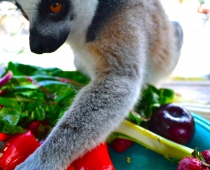 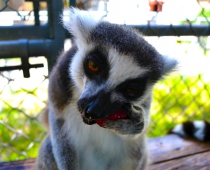 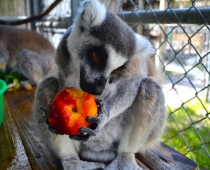 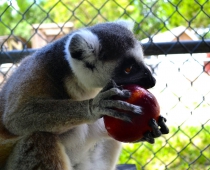 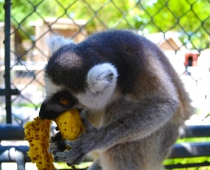 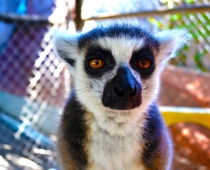 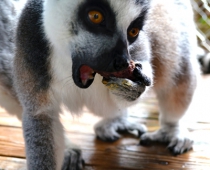 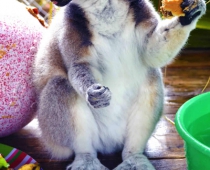 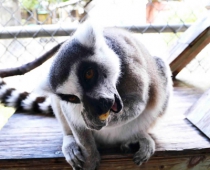 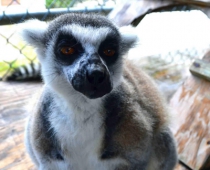 Arrived on August 29, 2008. They were adopted from Second Chance Wildlife. They are siblings as a result of captive breeding.

The ring-tailed lemur (Lemur catta) is a large strepsirrhine primate and the most recognized lemur due to its long, black and white ringed tail. It belongs to Lemuridae, one of five lemur families, and is the only member of the Lemur genus. Like all lemurs it is native to the island of Madagascar. It is omnivorous and the most terrestrial of lemurs. The animal is diurnal, being active exclusively in daylight hours.
The ring-tailed lemur is highly social, living in groups of up to 30 individuals. To keep warm and reaffirm social bonds, groups will huddle together. Like other lemurs, this species relies strongly on its sense of smell and marks its territory with scent glands. As one of the most vocal primates, the ring-tailed lemur uses numerous vocalizations including group cohesion and alarm calls.