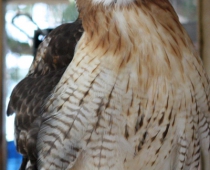 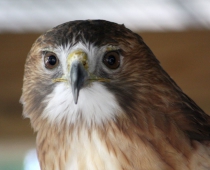 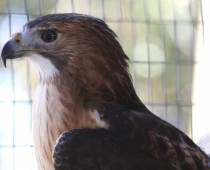 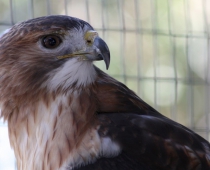 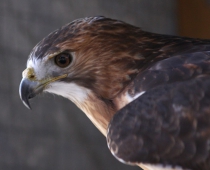 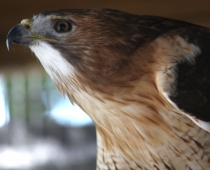 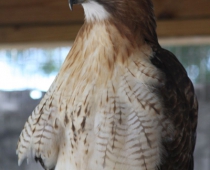 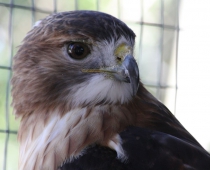 Tarot arrived on July 14, 2009. She was transferred from the Folke Peterson Wildlife Center in South Florida when they closed down. She was originally brought to the wildlife center after being shot with a pellet gun in her right wing. Unfortunately, the pellets were not in a place that could be safely removed so the pellets remain rendering her incapable of flight.

Facts about The Red Tailed Hawk

The Red-Tailed Hawk (Buteo jamaicensis) is a bird of prey, one of three species colloquially known in the United States as the “chickenhawk”. It breeds throughout most of North America, from western Alaska and northern Canada to as far south as Panama and the West Indies, and is one of the most common raptors in North America. There are fourteen recognized subspecies, which vary in appearance and range. It is one of the largest members of the genus Buteo in North America, typically weighing from 690 to 1,600 g (1.52 to 3.53 lb) and measuring 45–65 cm (18–26 in) in length, with a wingspan from 110–145 cm (43–57 in).

The Red-tailed Hawk occupies a wide range of habitats and altitudes, including deserts, grasslands, coniferous and deciduous forests, tropical rainforests, agricultural fields and urban areas. It lives throughout the North American continent, except in areas of unbroken forest or the high arctic.