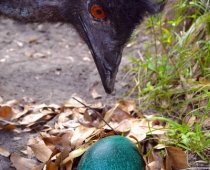 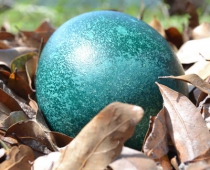 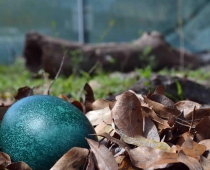 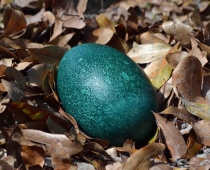 Koko arrived on March 1997. She was found running along John Young Parkway. She was hit by a car and it took the cooperative efforts of Orange County Animal Services, Orange County Sheriff’s Department and Orlando Police Department to catch her. While she was running loose she inflicted hundreds of dollars in damages. She brought to Back to Nature where she was to be kept till her owners were found. In the end no one claimed her.

Facts about The Emu

The emu (Dromaius novaehollandiae) is the largest bird native to Australia and the only extant member of the genus Dromaius. It is the second-largest extant bird in the world by height, after its ratite relative, the ostrich. There are three subspecies of emus in Australia. The emu is common over most of mainland Australia, although it avoids heavily populated areas, dense forest, and arid areas.

The soft-feathered, brown, flightless birds reach up to 2 metres (6.6 ft) in height. They have long thin necks and legs. Emus can travel great distances at a fast, economical trot and, if necessary, can sprint at 50 km/h (31 mph). Their long legs allow them to take strides of up to 275 centimetres (9.02 ft) They are opportunistically nomadic and may travel long distances to find food; they feed on a variety of plants and insects, but have been known to go for weeks without food. Emus ingest stones, glass shards and bits of metal to grind food in the digestive system. They drink infrequently, but take in copious fluids when the opportunity arises. Emus will sit in water and are also able to swim. They are curious birds who are known to follow and watch other animals and humans. Emus do not sleep continuously at night but in several short stints sitting down.