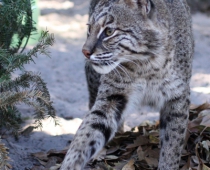 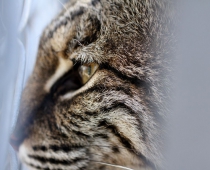 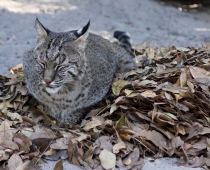 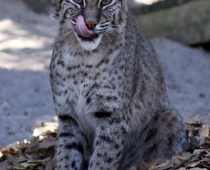 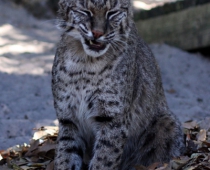 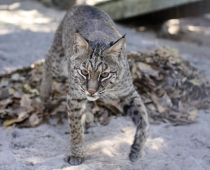 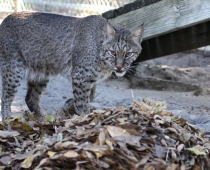 Oliver arrived on April 30, 2009 at approximately 4 weeks old. He was found on a 100-acre parcel in Osteen, Florida. The owners of the property were mowing and accidently destroyed the den. They waited several days to see if mom would return and she never did. At that point he was brought to Broadway Animal Hospital. Once Oliver arrived at Back to nature the staff started working on finding a companion for him to grow up with since he was so young and at a critical stage of development. The staff called around but was unsuccessful in finding another bobcat Oliver’s age so he bonded with the staff. Because of his young age he became psychologically impaired and habituated to humans.

Facts about The Bobcat

Oliver is one of the two bobcats that live in the Back To Nature Wildlife Refuge. The bobcat (Lynx rufus) is a North American mammal of the cat family Felidae. With 12 recognized subspecies, it ranges from southern Canada to northern Mexico, including most of the continental United States. The bobcat is an adaptable predator that inhabits wooded areas, as well as semidesert, urban edge, forest edges, and swampland environments. It persists in much of its original range, and populations are healthy.

With a gray to brown coat, whiskered face, and black-tufted ears, the bobcat resembles the other species of the mid-sized Lynx genus. It is smaller on average than the Canada lynx, with which it shares parts of its range, but is about twice as large as the domestic cat. It has distinctive black bars on its forelegs and a black-tipped, stubby tail, from which it derives its name.